For the past few years I have been using CrashPlan to do incremental encrypted backups for all of my family's various computers. CrashPlan offered free peer-to-peer backups, which allowed me to just specify one of my ZFS disk boxes as the target, then set it and forget it. This has been working spectacularly well, especially considering the wide variety of operating systems I needed to "support": Linux (Desktop/Server), Windows and Mac. 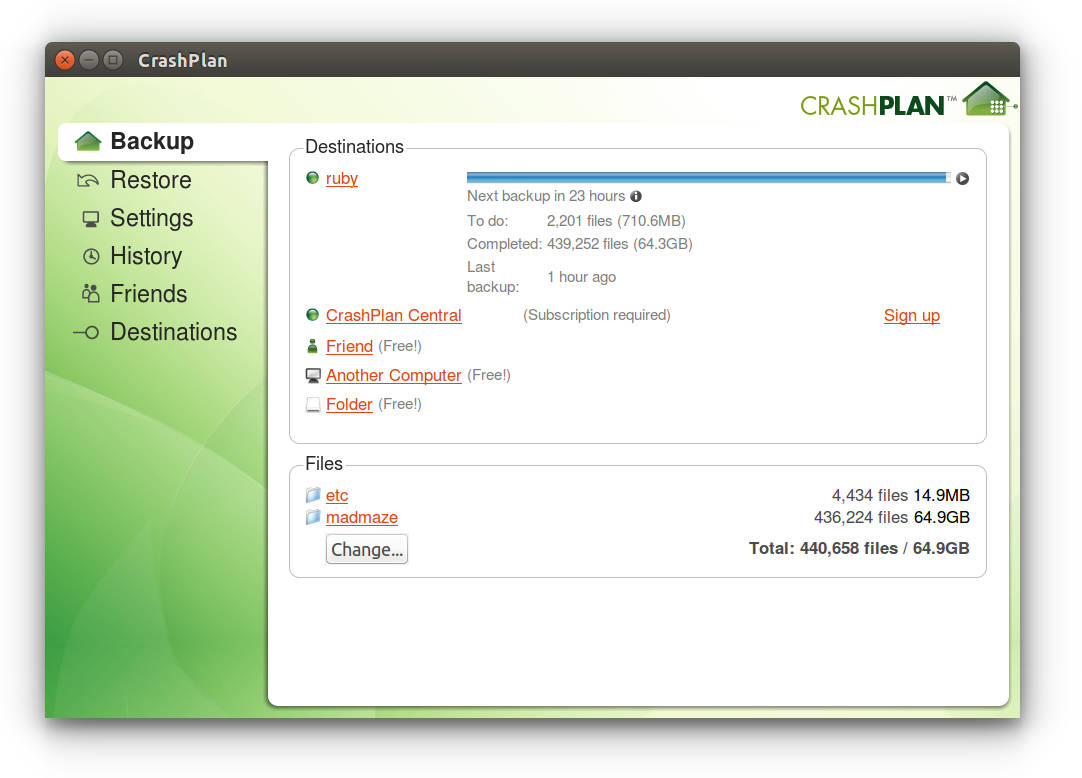 Unfortunately in August 2017, CrashPlan announced they will discontinue their consumer offering in order to refocus on small-businesses, which I'm sure is a much more profitable market. The announcement email has been sitting starred in my inbox since that day and I've been dreading to find the next solutions. I remembered, last time I looked around, CrashPlan was more or less the only self-hosted choice that worked across all OSs and offered incremental encrypted backups. More recently I came across the new Duplicati, which has seen a major revamp since the last time I had looked at it, now supporting all sorts of storage backends, encryption, incremental backups and a variety of retention policies as well as a slick new web-based UI. 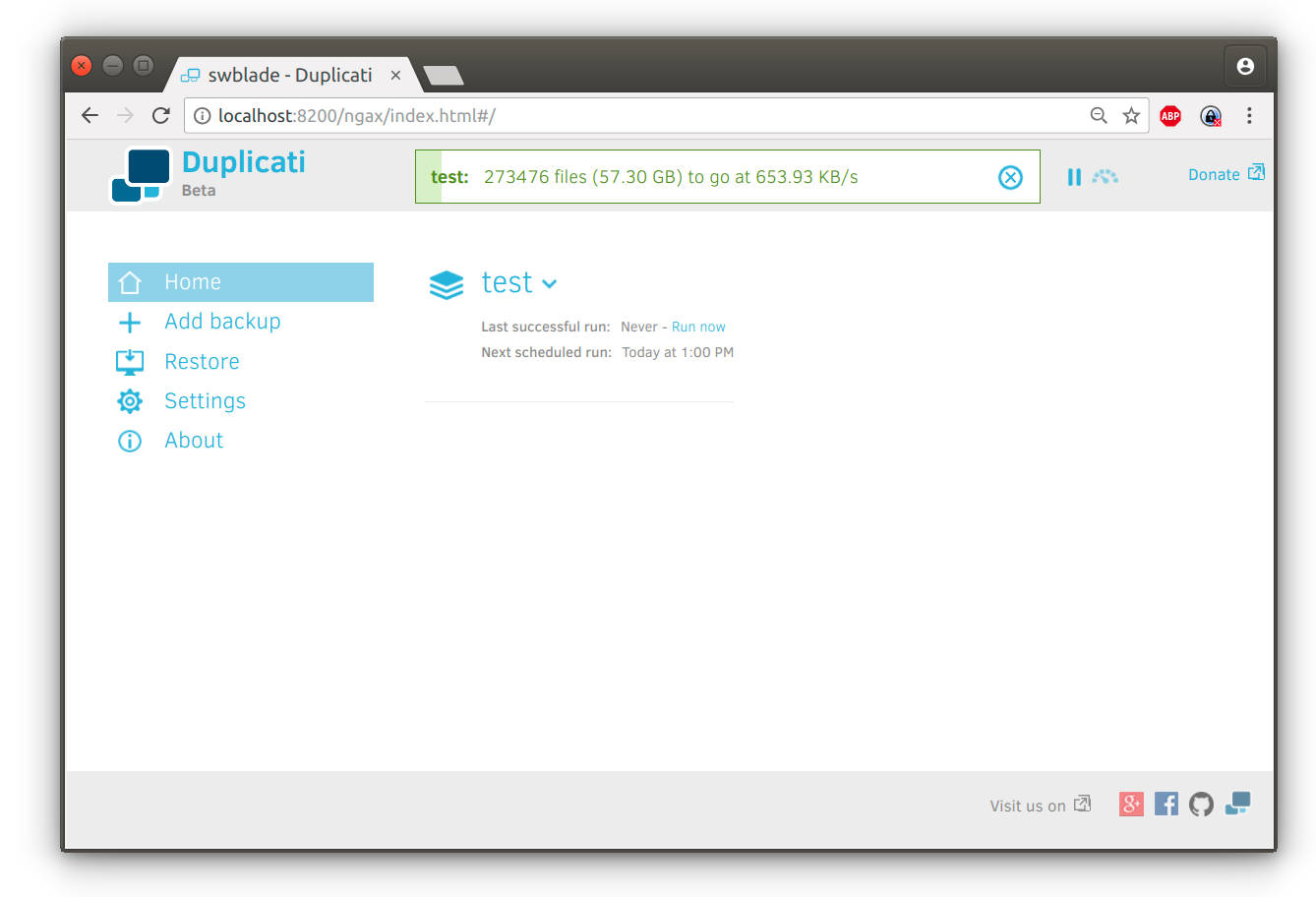 Below I will describe how to setup duplicati to use a central linux server as the backend to store all of your files.

On the client machine, which will be backed up, go to duplicati.com/download and grab the latest installer for your operating system and follow the default installation. Below are the directions I used on my Ubuntu Laptop

then start duplicati and continue in the web interface at localhost:8200/ngax/index.html.

I usually like to keep all of my data on my own servers so here we will configure backing up via SSH, making sure to setup ssh-keys and a separate backup user on my disk box. 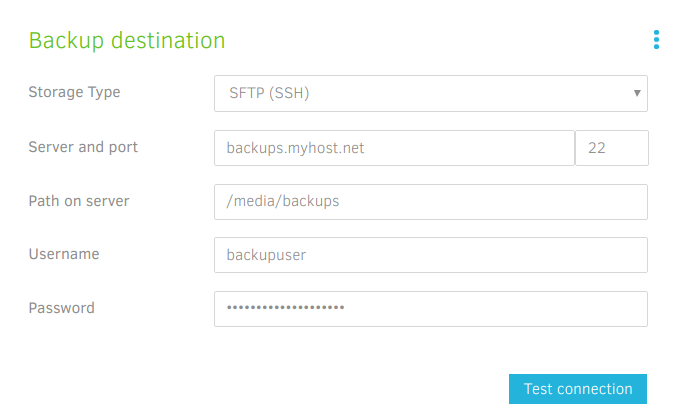 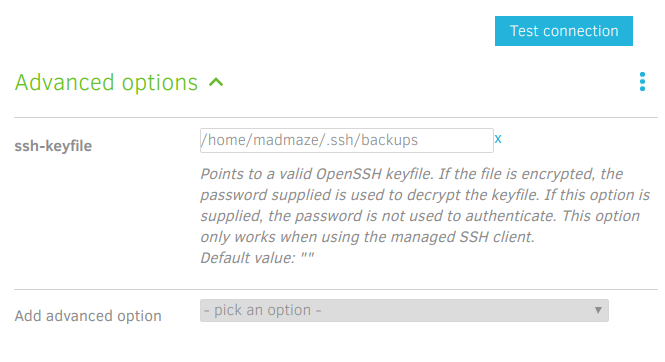 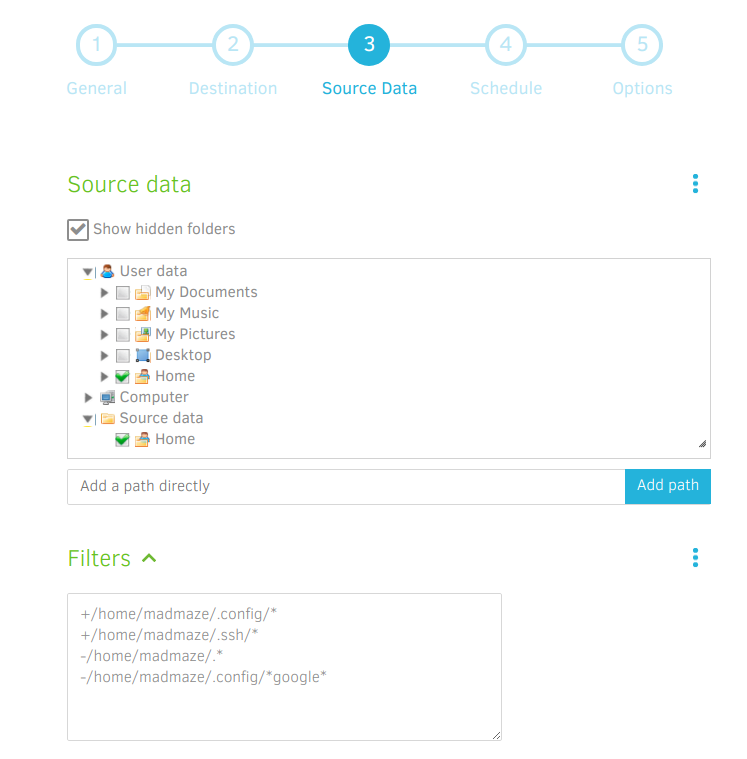 Play with these settings to find what is most optimal for your setup, it will depend on your upload speed, the backend server as well as the compute capability of your client device. 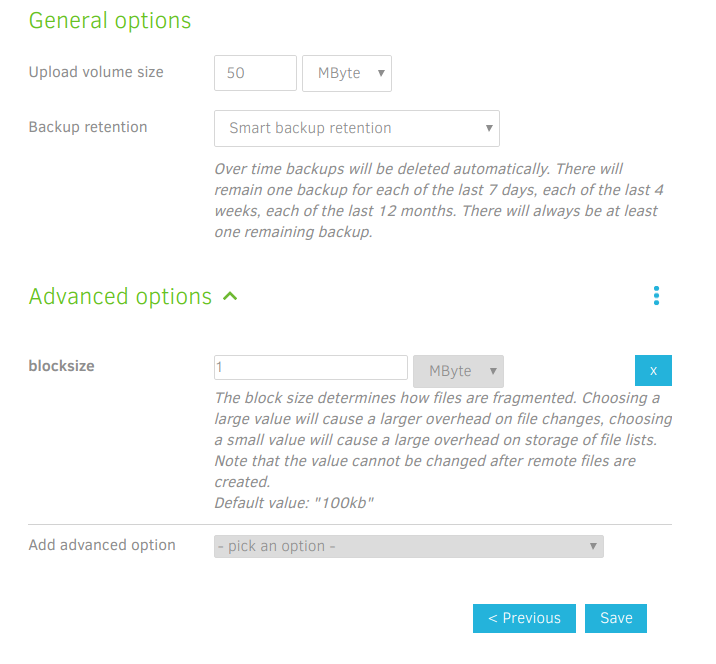 All Done!
Now, a word of wisdom, after you get this setup, make sure you can successfully go through a full backup-restore cycle to work any kinks you may encounter. 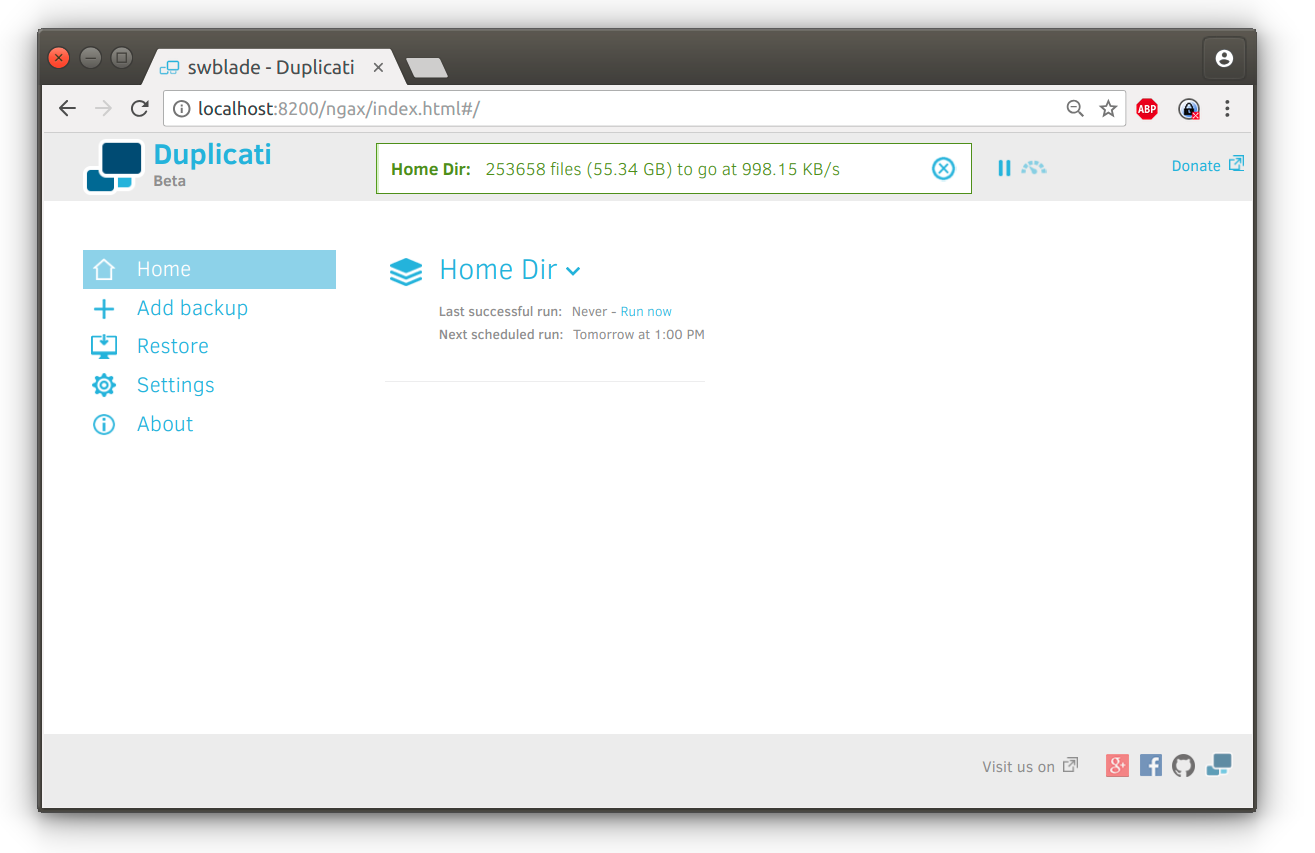